Arizona State University has multiple campuses around the greater Phoenix area. Students travel among the campuses while others stay at one campus. The purpose of this website is to showcase the differences between each campus such as lifestyle, academics, and transportation. As ASU is the largest university in the nation, ASU prides itself as "one university in many places." Each campus has its own unique identity yet still remains ranked as #1 in innovation.
Introduction by: Gabrielle Olivera

Arizona State University has multiple campuses in several places around the greater Phoenix area. ASU prides itself on being "one university in many locations." According to ASU’s website, each campus offers different attributes and amenities to meet the needs of any learner.
​
The Tempe campus is the oldest of ASU's campuses and is home to several colleges. Research entities are located at the Tempe campus. Some of the most famous attractions are Palm Walk, Old Main, and Sun Devil Stadium.

The Downtown Phoenix campus prides itself on building professional connections for students. The Polytechnic campus focuses on engineering, management and technology, and the West campus focuses on blending a liberal arts education with 21st century workforce preparation.
​
At each campus, students will experience a different community and lifestyle, and will be involved in different communities. For example, although any student from any campus can participate in Greek life, students from different campuses will have a different experience.

“I hate the commute to Tempe. It’s so expensive,” said Paige Burnell, a member of Delta Gamma who lives in Downtown Phoenix and must commute to Tempe for all sorority events.

“It kind of sucks because you don’t feel as involved,” sophomore Gigi Micketti said.

Sororities have chapter meetings once a week that take place on Tempe, as well as all other Greek life events.

“We have to go to a bunch of stuff to get enough points to go to formal," Micketti added, "and I didn’t because I live downtown."

All philanthropy events and charity percentage nights take place in Tempe, which can make it difficult for students on other campuses to get involved.
​
However, living downtown has other perks such as access to business opportunities and internships for the professional majors that are housed at this campus.

The Tempe campus has the most students and the most activities.

“The best part about being in Barrett at the Tempe campus is having our own amenities such as a dining hall, gym, pools, and study area,” said Sera Levine, a sophomore majoring in political science.

Some students opt to take classes at multiple campus locations. ASU offers a student “UPass” for $200 in which students have access to the Valley Metro light rail system for the fall and spring semester. Additionally, ASU offers free shuttles that take students between the four main campuses and run on a half hourly schedule during the school year.

“I take the shuttle because it’s free,” said Breanna Cranford, who travels between three of the four campuses around the greater Phoenix area.

According to Susan Tierney, who works for Valley Metro, there has been a decrease in students who ride the light rail.

“When I used to take the light rail it was pretty sketchy, there was this one guy who was clearly on drugs who would try to start fights with people,” Isabella Anzadula, an ASU student said. “I’ve been cat called before, and I haven’t had the best experience.”

Tierney believes that the new “respect the ride” policy will attract ASU students back to riding the light rail as the new rules will make them feel safer.

However, Tierney says that the decrease of ASU students is most likely due to the shuttle being free and the light rail system seeing an increase in crime.

Some students also choose to drive between campuses, but must factor in the cost of gas as well as parking.

According to a survey, 4 out of 5 students prefer to take the ASU shuttle over the light rail or driving.

By light rail, traveling from the Tempe campus to the Downtown P campus takes approximately 40 minutes - compared to an average of 25 minutes by the shuttle or car. These times may differ depending on traffic, however.

In addition to the four main campuses in the metro Phoenix area, ASU offers two other specialized campuses in Arizona.

In 2012 ,ASU created the ASU Colleges at Lake Havasu, a small campus which offers specialization in careers such technology, psychology, health and environmental sciences, criminal justice and political science - all for much reduced cost compared to what students pay at the four main campuses.

2015 saw the opening of the Thunderbird School of Global Management at ASU. According to ASU’s website, the flagship Thunderbird campus is situated on the grounds of Thunderbird Field No 1, which was a World War 2-era pilot training base in Glendale, Arizona. The campus is described as “intimate” and the location allows access to corporate, cultural and recreational resources throughout Phoenix.


ASU as a whole prides itself on being No. 1 in innovation as it continues to offer students different opportunities at each campus.
​
Whether a student is completing an internship at AZCentral at the Downtown campus or studying psychology at the West campus, each student will have their own unique identity and experience during their time at the biggest university in the nation.
Overreaching story by Gabrielle Olivera 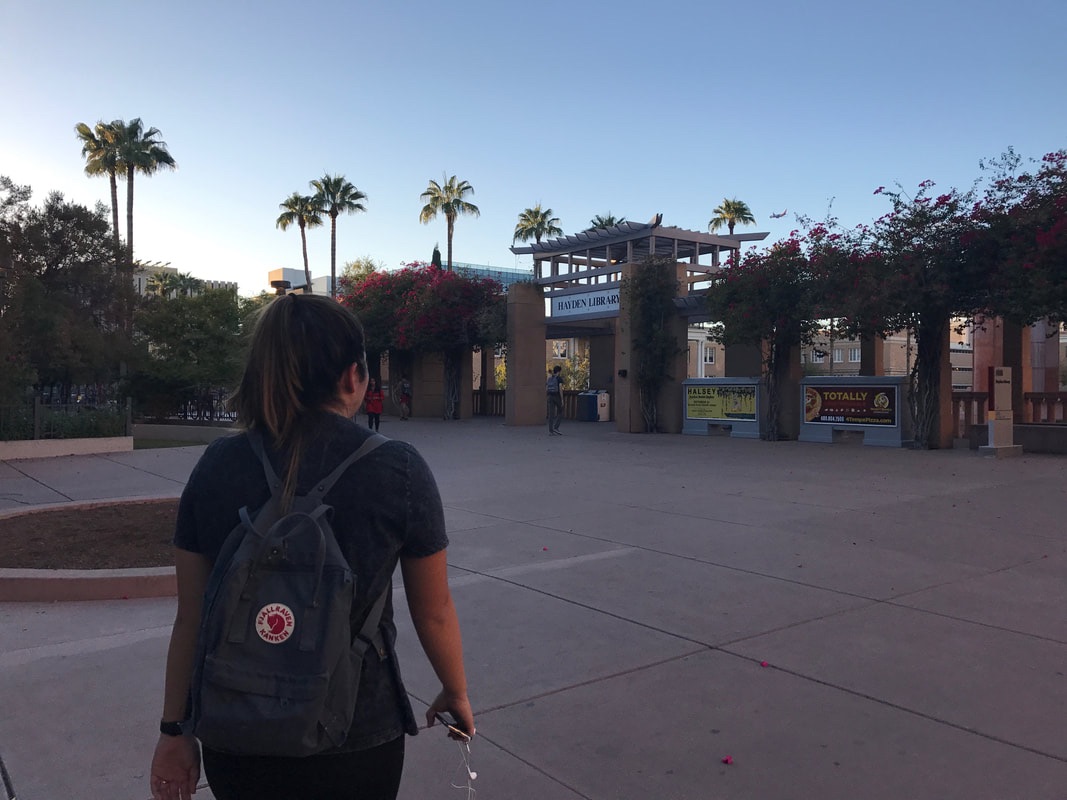